Looking for a spooky way to spend this Halloween? Believe it… or not, the Alberni Valley is home a number of rather (in)famous resident ghosts and creatures. We’ve gathered a few of their stories for your spook fulfilled enjoyment. Who knows, maybe you might even want to do a little “ghost busting” yourself! 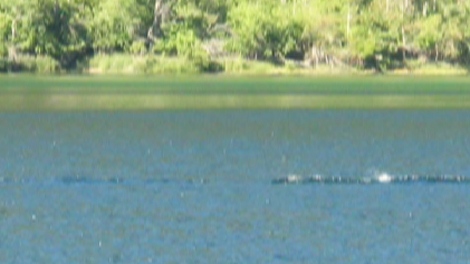 What could be lurking beneath the surface at Cameron Lake? Could there be a giant sea monster? In 2009 a group of real life Cryptid Scientific Investigators,  from the BC Scientific Cryptozoology Club scoured the bottom of Cameron Lake to put this legend to the test. What they found was rather interesting, indeed there is something very large residing in the deeps. Something long and cylindrical in shape, perhaps a large sturgeon or perhaps sssssomething elsssse? (psst we mean snake monster)

“IT COULD BE A STURGEON – COULD BE SOMETHING ELSE, BUT WHATEVER IT IS – IT’S LARGE. ” – John Kirk, co-founder of the BC Scientific Cryptozoology Club. (source)

Read more on CTV news or the “Is There A Cameron Lake Monster?” over at visitparksvillequalicumbeach.com

This will make you want to check the stove twice before heading off to bed! Nils Weiner arrived with his wife Carolina (Anna) in the Alberni Valley circa 1913 to what is now Sproat Lake Landing. A homesteader, avid hunter and fisherman, Nils was a true adventuring outdoorsman. Tragically his beloved wife Anna died suddenly at the age of 42 and left Nils alone and heartbroken. Although a well respected member of the Alberni Valley community he became somewhat troubled in his later years and was rumoured to have a few run-ins with local residents. However,  no one would have expected him to just vanish without a trace but one September night in 1944 that is exactly what happened. In the early morning hours of September 23rd, 1944 residents surrounding the lake were awoken by a tremendous explosion. It was said to have rattled the doors and windows of houses from miles away. The Weiner house was no more, and all of the outbuildings burned to the ground. The body of Nils was never found. Was it an accident? Was there foul play? Or a marvelous act of “self disappearance”? No one will ever know… 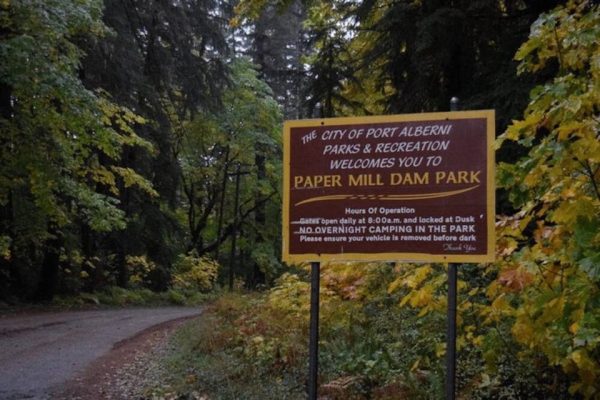 Rumors abound surrounding the Paper Mill Dam area of the Somass River. According to a few sources there is an apparition of a woman floating on top or emerging from the water. The women is allegedly searching for her lost baby and has been known to call out as she passes by. Others have seen “ghost lights” floating along the river. The haunting is old, going back as far as the 1930’s and is well known among long time residents of the Alberni Valley. To learn more about this legend and many others check out “The Haunting of Vancouver Island” by Shanon Sinn.

Now if that’s not enough to give you shivers up your spine (we know we’re absolutely shivering) we suggest you may take a stroll tonight to see if you might find your own spooky story to share!

Looking for live entertainment in Port Alberni? Check out the upcoming schedule at Char's Landing. With live music and spoken word performances throughout the month, ranging from Jazz, Blues and

Looking for live entertainment in Port Alberni? Check out the upcoming schedule at Char’s Landing. With live music and spoken word performances throughout the month, ranging from Jazz, Blues and Folk, with a little Boogie thrown in too (so don’t forget your dancing shoes!)

Available for purchase online, use direct links in performance listings.
Or by calling Char @ 250-730-1636

Dates and times vary. For more information on upcoming performances,  check out the event schedule at Char’s Landing website.

November 15th - December 23rd Mistletoe Market is back for 2022 at our new location at the Harbour Quay (7-5440 Argyle Street, Port Alberni). Artists and artisans from across the Alberni

Mistletoe Market is back for 2022 at our new location at the Harbour Quay (7-5440 Argyle Street, Port Alberni). Artists and artisans from across the Alberni Valley will be participating, with so many great stocking stuffers and gifts for the holiday season.

Check out the schedule below or view the Port Alberni Winter Leisure Guide for more information. 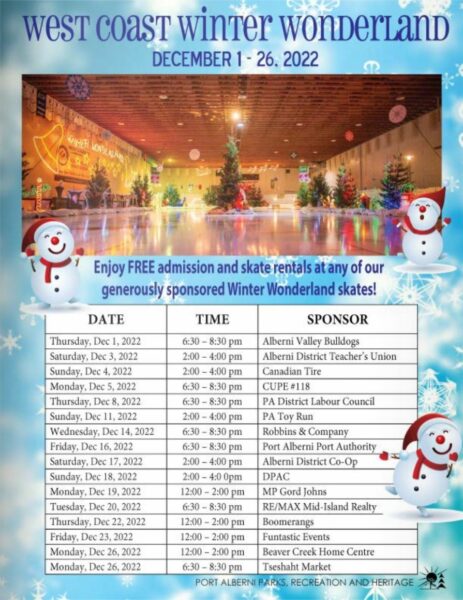 "It's a Fair" Holiday Market

Come see over 20 vendors, enjoy a light snack & bevie. There will also be a Twoonie Auction and a Purse Auction. Bring a friend! Hope to see you there.

Timbre! Choir Presents: Do You Hear What I Hear?

Timbre! Choir invites you to join us for DO YOU HEAR WHAT I HEAR.  This

Timbre! Choir invites you to join us for DO YOU HEAR WHAT I HEAR.  This concert marks our return to singing and is the first concert of our 50th Anniversary.